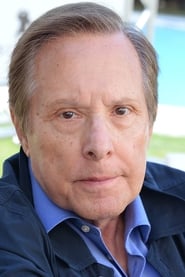 William Friedkin is an American film director, producer and screenwriter best known for directing The French Connection in 1971 and The Exorcist in 1973; for the former, he won the Academy Award for Best Director. Some of his other films include Sorcerer, Cruising, To Live and Die in L.A., Jade, Rules of Engagement, The Hunted, Bug, and Killer Joe.