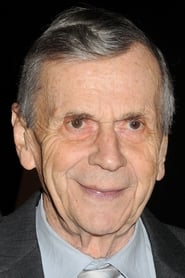 William Bruce Davis (born January 13, 1938) is a Canadian actor, known for his role as The Smoking Man on The X-Files. He has also appeared in Stargate SG-1 as Damaris, a Prior of the Ori and as Mayor Tate on Smallville. Most recently he has appeared in FOX's Human Target as an aging mobster.

Davis was born in Toronto, Ontario, to an attorney father and psychologist mother. In 1959, he... Read more