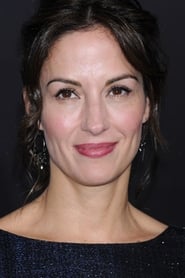 Wendy Moniz (born January 19, 1969) is an American television actress. She is known for her roles as Dinah Marler in the CBS soap opera Guiding Light, as Rachel McCabe in Nash Bridges, as Louisa Archer in The Guardian, and from 2013 to 2014, as Elaine McAllister in the ABC drama series Betrayal. She has also had recurring roles on Damages, House of Cards, Yellowstone, Law & Order: Organized Crime, and FBI:Most Wanted.