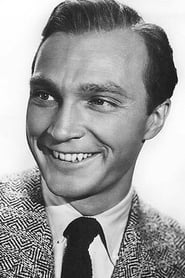 Warren Albert Stevens was an American stage, screen, and television actor. A founding member of The Actor's Studio in New York, Stevens received notice on Broadway in the late 1940s, and thereafter was offered a Hollywood contract at 20th Century Fox. His first Broadway role was in The Life of Galileo; his first movie role followed in The Frogmen. As a young studio contract player, Stevens had... Read more