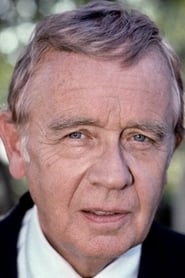 Warren Frost (born May 25, 1929) is an American actor. His work has mainly been in the theatre, but has worked in movie and television sporadically since 1958. He is known for roles in Twin Peaks, Matlock, The Larry Sanders Show, and Seinfeld. He is the father of novelist, television screenwriter, and producer Mark Frost, actress Lindsay Frost and writer Scott Frost. Frost spent much of his... Read more