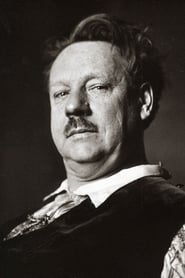 Walter Slezak (3 May 1902 – 21 April 1983) was a portly Austrian character actor who appeared in numerous Hollywood films. Slezak often portrayed villains or thugs, most notably the German U-boat captain in Alfred Hitchcock's 1944 Lifeboat, but occasionally he got to play lighter roles, as in 1962's The Wonderful World of the Brothers Grimm. He also played a cheerfully corrupt and... Read more