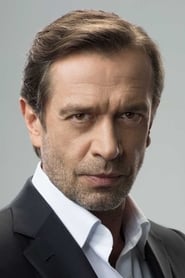 Vladimir Lvovich Mashkov (b. November 27, 1963 in Novokuznetsk, Soviet Union now Russia) is a Russian actor best known to Western audiences for his work in the 2001 film Behind Enemy Lines. Mashkov has also worked as a movie director, producer and writer for the 2004 Russian film "Papa".