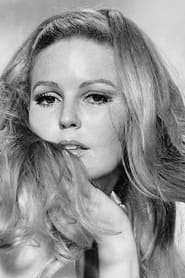 Veronica Carlson (born 18 September 1944 in Yorkshire, England) is an English model and actress, famous for her roles in Hammer horror films.

Born as Veronica Mary Glazer, Veronica Carlson spent most of her childhood in Germany where her father was stationed. She attended the Thetford Girls' School and later, High Wycombe College of Technology and Design, where she studied art and... Read more