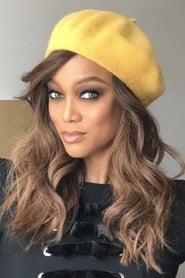 "A smart model is a good model," Tyra Banks was once quoted as saying, and she seems destined to prove it in every way. Now widely known as one of the world's foremost supermodels, Banks began her modeling career at the age of 17 with the Elite agency after flirting with attending college at Loyola Marymount. The 5' 11" beauty was quickly discovered in Los Angeles, her birth city, and offered... Read more