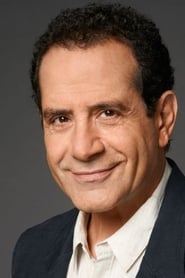 Tony Shalhoub is an American actor. His television work includes the role of Antonio Scarpacci on Wings and Adrian Monk on Monk. He has won three Emmy Awards and a Golden Globe for his work on Monk. He also has a successful career as a character actor, with roles in Spy Kids, Men in Black, Men in Black II, Galaxy Quest, 1408, Barton Fink, Big Night, The Siege, The Man Who Wasn't There.​.