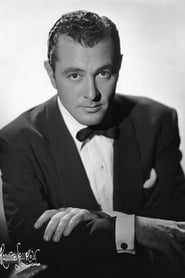 Alvin Morris, known professionally as Tony Martin, was an American actor and popular singer. His career spanned over seven decades, and he scored dozens of hits between the late-1930s and mid-1950s with songs such as "Walk Hand in Hand", "Stranger in Paradise" and "I Get Ideas". He was married to actress and dancer Cyd Charisse for 60 years, from 1948 until her death in 2008.

In his grammar... Read more