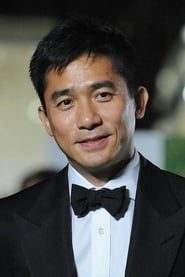 Tony Leung Chiu-wai (born 27 June 1962) is a Hong Kong actor and singer. He is considered one of Asia's most successful and internationally recognised actors and was named as "Small Tiger" among the Five Tiger Generals of TVB. He has won many international acting prizes, including the Cannes Film Festival award for Best Actor for his performance in Wong Kar-wai's film In the Mood for Love.... Read more