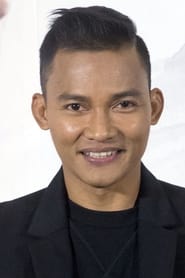 Panom Yeerum was born on February 5, 1976, in the northeastern province of Surin, Thailand. His parents were elephant herders. Panom watched martial arts films as a young kid and began to emulate some of his idols, from Bruce Lee to Jackie Chan to Jet Li. After seeing the Thai action film Kerd ma lui (2004) ("Born to Fight"), Panom met and studied martial arts and stunt work as a teen under... Read more