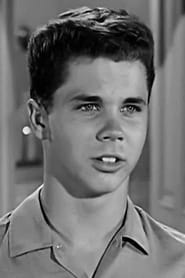 Tony Dow (born April 13, 1945) is an American film producer, director, sculptor, and television actor. He is best known for his role in the television sitcom Leave It to Beaver, which ran in primetime from 1957 to 1963. Dow played Wally Cleaver, the elder son of June and Ward Cleaver, and the brother of Theodore "Beaver" Cleaver.