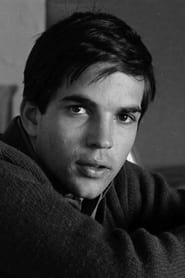 Gerard Anthony "Tony" Bill (born 23 August 1940) is an American actor, producer, and director. He produced the 1973 movie The Sting, for which he shared the Academy Award for Best Picture with Michael Phillips and Julia Phillips. The Sting became one of the highest grossing films in history.

He majored in English and art at the University of Notre Dame in South Bend, Indiana, from which he... Read more