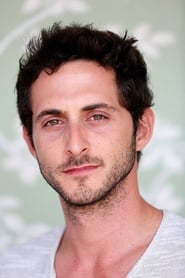 Tomer Capone (also Kapon or Kappon or Capon, Hebrew: תומר קאפון; born July 15, 1985) is an Israeli actor. He has starred in popular Israeli exported television such as Hostages and the political thriller television series Fauda. In 2016 he was awarded an Ophir Award for Best Supporting Actor in One Week and a Day. He stars in When Heroes Fly and in the Amazon series The Boys.