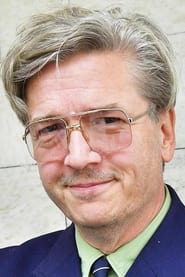 Tomas Alfredson is a Swedish film director, best known internationally for directing the 2008 vampire film Let the Right One In. Alfredson has received the Guldbagge award for Best Direction twice; in 2005 for Four Shades of Brown, and in 2009 for Let the Right One In. His future film work includes John Le Carré's Tinker, Tailor, Soldier, Spy followed by Philip Reeve's Larklight for the Warner Bros.