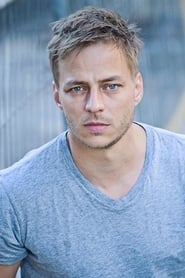 Thomas "Tom" Wlaschiha (born 20 June 1973) is a German TV, film, stage, and voice actor. Internationally, he is known for his role as Jaqen H'ghar in the second season of the TV series Game of Thrones.

Wlaschiha was born in Dohna, then in East Germany. His surname is of Czech origin, as his ancestors arrived from there around the beginning of the 19th century. When he was 17 years... Read more