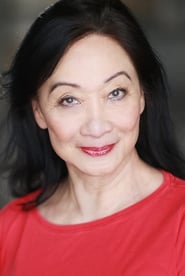 ​.   Tina Chen (b. in Chongqing, China) is a Chinese American actress best known for her appearances in the films Alice's Restaurant, Three Days of the Condor and The Hawaiians. Chen received a Golden Globe nomination for her supporting performance in the film The Hawaiians. She received an Emmy nomination for her supporting performance in the CBS Playhouse drama "The Final War of Olly Winter".