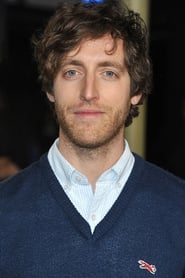 Thomas Steven Middleditch is a Canadian actor, comedian, and television writer, known for his role as Richard Hendricks in the HBO series Silicon Valley, for which he was nominated for a Primetime Emmy Award for Outstanding Lead Actor in a Comedy Series. Wikipedia.