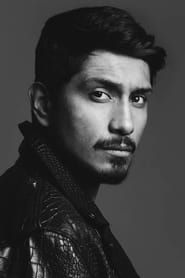 José Tenoch Huerta Mejía (born 29 January 1981) is a Mexican actor. He has appeared in a number of movies in Latin America and Spain, starring in both feature films, short films, and Narcos: Mexico, credited as Tenoch Huerta. He is one of the actors featured in Mónica Maristain's book 30 Actors Made in Mexico. He played K’uk’ulkan / Namor in 2022's Black Panther: Wakanda Forever set in... Read more