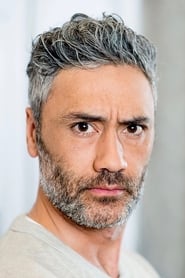 Taika David Cohen ONZM (born 16 August 1975), known professionally as Taika Waititi, is a New Zealand film and television director, producer, screenwriter, actor, and comedian. He is the recipient of an Academy Award, BAFTA Award and a Grammy Award, and has been nominated for two Primetime Emmy Awards. His feature films Boy (2010) and Hunt for the Wilderpeople (2016) have each been the... Read more