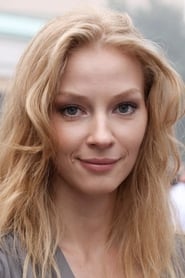 Svetlana Khodchenkova is a Russian actress, known for her roles in Blagoslovite zhenshchinu (2003) and in Tinker Tailor Soldier Spy (2011). She was born Svetlana Viktorovna Khodchenkova on January 21, 1983, in Moscow and spent her childhood in Zheleznodorozhny, a small city about 6 miles east of Moscow, Russia. She was raised by a single mother, attended a public school, and once dreamed... Read more