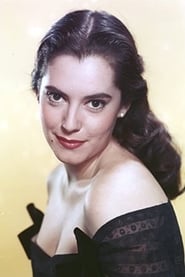 Susanna "Susan" Kohner (born November 11, 1936) is an American former actress. She is best known for her role as Sarah Jane in Douglas Sirk's drama Imitation of Life (1959), which earned her a Golden Globe Award and an Academy Award nomination for Best Supporting Actress.

Kohner has also starred in the films The Gene Krupa Story (1959), for which she won a Golden Globe Award for Most... Read more