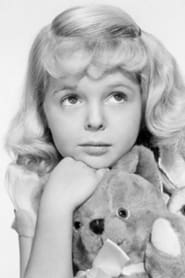 Susan Lynn Gordon (July 27, 1949 — December 11, 2011) was an American child actress who appeared in films and numerous episodes of television programs such as The Twilight Zone, My Three Sons, and The Donna Reed Show.

Gordon was born in Saint Paul, Minnesota, the daughter of film director Bert I. Gordon and his wife Flora (Lang). Susan began her career, at age eight, as a last-minute... Read more