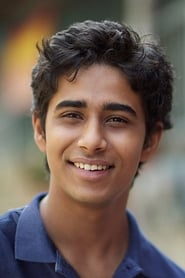 Suraj Sharma is an Indian actor from New Delhi, who made his debut with the title role in the 2012 film Life of Pi. Suraj Sharma was born in New Delhi, India. His parents are Malayalis, they hail from Kerala. Suraj is a student of philosophy at St Stephen's college in New Delhi. He has completed schooling from Sardar Patel Vidyalaya, where he was described as a popular student. Before the... Read more