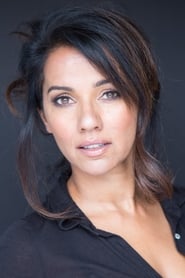 Suleka "Sue" Mathew is a Canadian actress, known for her portrayal of Dr. Sunita Ramen on the Canadian television series Da Vinci's Inquest.

She was born in India and raised in Vancouver, Canada, since the age of two. Her most recent work was in Men in Trees playing the character Sara Jackson. She was playing a nurse named Bobbie Jackson in the TNT series Hawthorne, which began in 2009. After... Read more