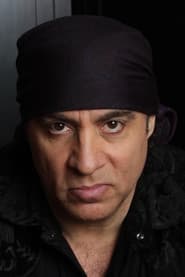 Steven Van Zandt (born November 22, 1950) is an Italian-American musician, songwriter, arranger, record producer, actor, and radio disc jockey, who frequently goes by the stage names Little Steven or Miami Steve. He is best known as a member of Bruce Springsteen's E Street Band, in which he plays guitar and mandolin, and as an actor in the television drama The Sopranos, in which he played... Read more