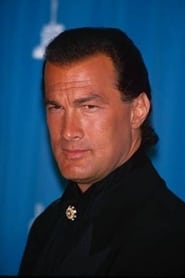 An American action film star, producer, writer, martial artist, guitarist and a reserve deputy sheriff. A 7th-dan black belt in Aikido, Seagal began his adult life as an Aikido instructor in Japan. He became the first foreigner to operate an Aikido Dojo in Japan. He later moved to the Los Angeles, California, area where he made his film debut in 1988 in Above the Law. By 1991, he had starred... Read more