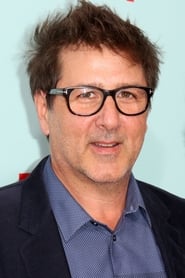 Steven Brill (born May 27, 1962) is an American actor, film producer, director, and screenwriter. He directed and co-wrote Little Nicky and directed Mr. Deeds, Without A Paddle, Heavyweights and Drillbit Taylor. He has had cameo roles in all three Mighty Ducks movies, and appeared in The Wedding Singer, Mr. Deeds and Knocked Up, although his role in the latter has been miscredited to Judd... Read more