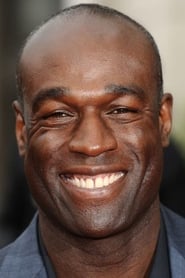 UK actor Steve Toussaint first appeared on the big screen in the mid-'90s with supporting roles in movies such as Judge Dredd and Circus. He worked all the way through the new millennium appearing in films such as Dog Eat Dog and The Order.  He also earned major accolades for his roles on TV shows like The Knock, The Bill, Doctors, and Broken News, before making an impact playing Seso in 2010's Prince of Persia: The Sands of Time.