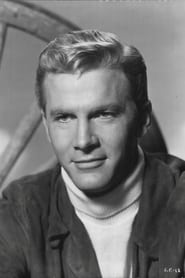 A ruggedly handsome action man of the 1960's and 70's, Steve Forrest began his screen career as a small part contract player with MGM. A brother of star Dana Andrews, he was born William Forrest Andrews, the youngest of thirteen children. His father was a Baptist minister in Huntsville, Texas. In 1942, Steve enlisted in the U.S. Army, rose to the rank of sergeant and saw action at the Battle... Read more