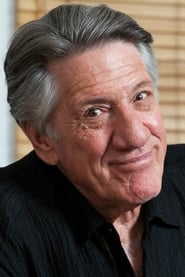 Stephen Robert Macht is an American television and film actor. Spotted by a Universal Studios talent scout while starring at the Stratford Shakespeare Festival in Canada in 1975, Macht was signed to a contract and by the mid 1970s had left teaching and was making frequent appearances in TV episodes and movies.

In Raid on Entebbe, he portrayed Yoni Netanyahu, the Israeli officer killed in... Read more