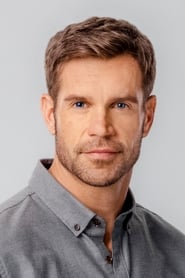 Stephen Huszar is a Canadian film and television actor born in Saskatoon, Saskatchewan. Huszar has starred in Christmas themed TV movies for Hallmark Channel, Lifetime (TV network) and Netflix. In 2017, Huszar appeared as the DC comic book character Jared Morillo / Plunder in The Flash. Huszar next stars in the horror film Rabid (2019 film), which is set to be released in select theaters, digitally and On Demand on December 13, 2019.