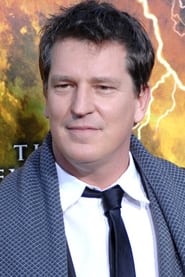 Stephen Hopkins is a Jamaican-born film director and producer. He is best-known for his continuation of the Nightmare on Elm Street franchise with A Nightmare on Elm Street 5: The Dream Child and the Predator franchise with Predator 2. His highest grossing film however was the 1998 film adaption of the TV series Lost in Space. He was born in Jamaica and was raised in Australia and England. He... Read more