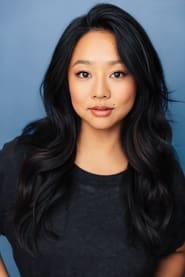 Stephanie Hsu is an actress. She was born on November 25, 1990 in Torrance, California. She's known for her work as Mei on Season 3 of The Marvelous Mrs. Maisel, Joy on Hulu's cult drama The Path, MTV's Girl Code & more. On stage, she's known for originating the role of Karen Plankton the Computer in SpongeBob The Musical on Broadway, as well as Christine Canigula in the viral sensation, Be... Read more