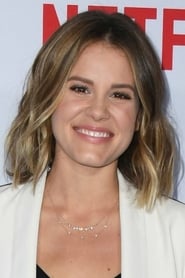 Sosie Ruth Bacon (born March 15, 1992) is an American actress. Her first role was playing 10-year-old Emily in the movie Loverboy (2005), which was directed by her father, Kevin Bacon. James Duff, producer of The Closer, was compelled by Bacon's performance in Loverboy to suggest that she play the role of Deputy Chief Brenda Leigh Johnson's niece Charlie in the fifth season of the show.... Read more