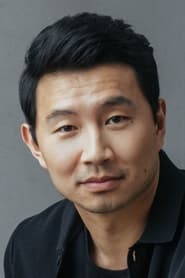 Simu Liu (born 19 April 1989) is a Canadian actor, writer, and stuntman. He is known for his performance as Jung Kim in the award-winning CBC Television sitcom Kim's Convenience. He received nominations at the ACTRA Awards and Canadian Screen Awards for his work in Blood and Water. He portrays Shang-Chi in the 2021 Marvel Cinematic Universe film Shang-Chi and the Legend of the Ten Rings.