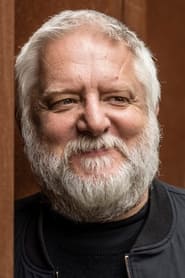 Sir Simon Russell Beale CBE (born 12 January 1961) is an English actor. He is known for his appearances in film, television and theatre, and work on radio, on audiobooks and as a narrator. For his services to drama, he was knighted by Queen Elizabeth II at Buckingham Palace in 2019.

He has spent much of his theatre career working in productions for both the Royal Shakespeare Company and... Read more