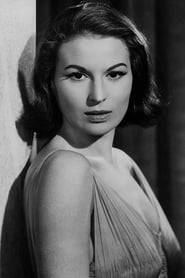 Silvana Mangano (21 April 1930  – 16 December 1989)  was an Italian actress. Raised in poverty during World War II, Mangano trained as a dancer and worked as a model before winning a "Miss Rome" beauty pageant in 1946.  This led to work in films; she achieved a notable success in Bitter Rice (1949) and continued working in films for almost four more decades. The Bosnian singer Silvana Armenulić took her stage name from Mangano.