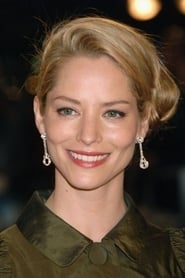 Sienna Tiggy Guillory (born 16 March 1975) is an English actress, and a former model. She is well known for playing the title role in the TV miniseries, Helen of Troy. She is also well known for her portrayal of Jill Valentine in the science fiction action horror film Resident Evil: Apocalypse and as elf princess Arya Dröttningu in fantasy-adventure film, Eragon, based on the novel by... Read more