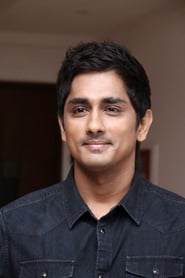 Siddharth Suryanarayanan mononymously known as Siddharth, is an Indian film actor, playback singer and screenplay writer. After his business management studies, Siddharth chose to work in film making and worked as an assistant director before making his acting debut in the 2003 Tamil film Boys. In the subsequent years, he has worked in many Telugu, Hindi and Tamil films.