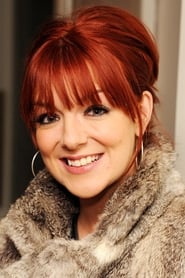 Sheridan Smith, OBE (born 25 June 1981) is an English actress, singer and dancer. Smith came to prominence on television for her roles in comedy shows Two Pints of Lager and a Packet of Crisps, Love Soup, Gavin & Stacey, Grownups and Benidorm before starring in television dramas like Mrs Biggs, for which she won the BAFTA TV Award for Best Actress for playing Ronnie Biggs' wife, The 7.39 and