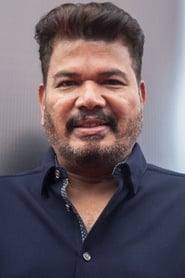 S. Shankar is an Indian film director and producer. He often makes movies that have social themes with a commercial narration. He is credited with delivering expensive, high end CGI in most of his films. He basically comes from the Chennai Film Industry and makes movies in Tamil language. His films are often dubbed into other Indian languages like Hindi and Telugu. Shankar initially worked as an assistant director to S. A. Chandrasekhar.