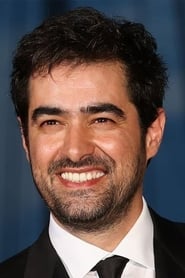 Shahab Hosseini (شهاب حسینی) is a director and actor of theater, television, and cinema who was born in 1974 in Tehran, Iran. He started his professional career by playing Amir Ghavidel's "Rokhsareh". He Nominated for Best Supporting Actor in Fajr Festival for two consecutive years in "A Candle in The Wind" by Pouran Derakhshandeh and "Salvation in Twenty minutes after Eight" by... Read more