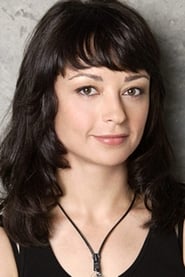 Sarah Strange (born September 6, 1974) is a Canadian actress, known for her work in a variety of American and Canadian television and film projects, most notably as Helen in the Canadian drama Da Vinci's Inquest and as the voice actor for Ranma Saotome.

Strange was born in Vancouver, British Columbia, the daughter of screenwriters Susan Lynn (née Ward) and Marc Strange (creators of The... Read more