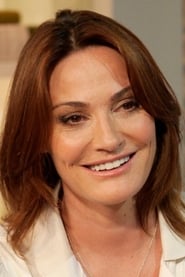 Although Sarah was born and brought up in Yeovil in Somerset, an appearance in a cult advert for Manchester-based Boddingtons Bitter in 1994 (as Vera, who likes nothing better than "a good rub down with chip fat") led to a series of roles as northern women (Dawn Rudge in "Peak Practice" (1993), Allie Henshall in "Cutting It" (2002) and Natalie Holden in "Blackpool" (2004)), causing many people to believe that she is a native of the north-west.