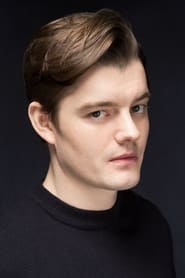 He is best known for playing the lead role of Ian Curtis in the movie Control, a biopic about the lead singer of the 1970s post-punk band Joy Division. His performance in the role won him the British Independent Film Award for "Most Promising Newcomer".[1]. He also won a Kermode for Best Actor 2007 for the film. Prior to his portrayal of Ian Curtis, Riley played The Fall frontman Mark E. Smith... Read more