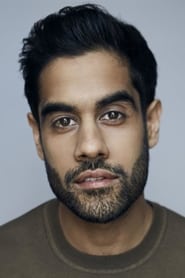 Sacha Dhawan (born 1 May 1984) is a British actor of Indian descent. He has performed on stage, film, television and radio. Dhawan was born in Bramhall, Stockport, Greater Manchester to Hindu parents. He plays the part of Davos in the Netflix series Iron Fist in both seasons. He appeared in the opening episode of the twelfth series of Doctor Who as another incarnation of the renegade Time Lord known as the Master.