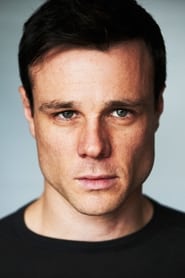 ​.   Rupert Evans (Born 9 March 1977) is an English actor, who is well known in the United Kingdom for his television career.

Evans was born in Staffordshire, England. He attended Milton Abbey School, in Dorset, and went on to train at the Webber Douglas Academy of Dramatic Art. He has secured a variety of television credits in the UK, including the BBC sitcom My Family, the drama Crime... Read more